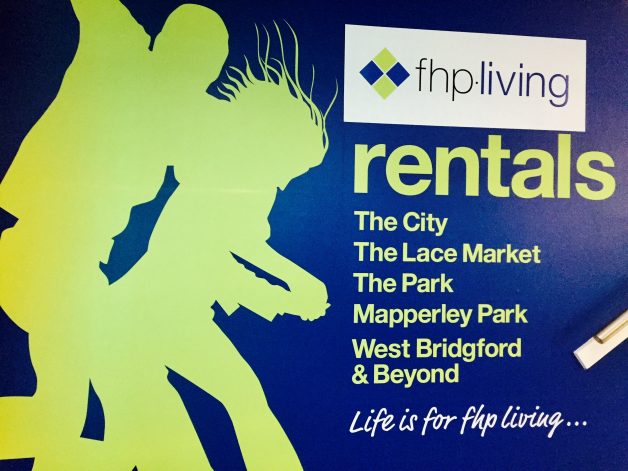 2017 proved to be a very successful year for FHP Living Lettings, confirming that the buy to let market is as strong as it has ever been. Hannah Merritt, who has worked in the lettings department for four years and in 2017 became Head of City Centre Lettings, says, “In the time between July and October 2017, we achieved just shy of 150 lets with the yearly total coming to just under 220 lets in the City Centre alone.”

“Over the past few years we have noticed an increase in the number of students wanting to live in a City Centre apartment, which in turn is pushing rental potential up year on year in the busy summer period.”

Hannah continues, “Whilst there is a large turnaround of tenants during the summer months, the amount of time each property is on the market decreases each year, with popular buildings such as Nottingham One on Canal Street experiencing void periods of only a couple of days between vacation and occupation.”

Nottingham City Centre boasts an array of hotspots to enjoy the sought after ‘city living’ experience both in the centre itself and on the outskirts such as The Atrium and Hicking Building near the train station however over the past 12-18 months FHP Living have noticed a surge of applicants wishing to reside within a closer proximity to the local leisure and retail amenities.

Both the lettings and sales teams at FHP Living have been heavily involved in the developments on Hounds Gate which is located just off The Market Square. The buildings include; Hounds Gate House, Drapers Bridge, 13 Hounds Gate and Hounds Gate Court.

The demand for contemporary, fully furnished apartments completed to a high standard has dramatically increased over the past two years. Prospective tenants are prepared to pay a higher premium for that “brand new” feel.

The latest example of this is Hounds Gate House which consists of 27 newly converted apartments. Rental income varies between £750-£850pcm for spacious one beds and £1000-£1350pcm for two beds with outdoor space. The development was 100% let within three weeks of advertisement.

In August of 2017, our lettings team added a further string to their bow with an expansion into the West Bridgford area which, still in its early days, is going from strength to strength. Rory Stone who has been with FHP Living for 18 months heads up the team and explains, “This year our main aim is to roll out our exceptional lettings services to nearby areas including Lady Bay, Edwalton, Wilford, Ruddington and Clifton whilst continuing to operate within West Bridgford itself.”

The Rushcliffe area was ranked 8th in the ‘best place to live’ guide in 2016/2017 and 70% of FHP Living’s landlords live within a 10 mile radius making us the agent of choice for local knowledge and business.

“In these areas, I have found a decrease in the numbers of families looking to rent in favour of singles and couples however a large increase on requests for landlords who will accept pets.”

The ratio of professional lets for Sheryl’s sector was 93.2% in 2017 with the average tenancy length of 10 months, this initial fixed term often leading to longer tenancies.

The FHP Living Lettings team hope to continue 2017’s success with another strong year in 2018 with further involvement in new developments in 2018/2019 in Nottingham City Centre and beyond; further information to be released in due course…

If you own a buy to let property in Nottingham and are looking for a free valuation, please do not hesitate to contact our lettings team on 0115 841 1155, option 1 for West Bridgford and option 2 for City Centre, The Park and Mapperley Park. Alternatively, please email hannah.merritt@fhpliving.co.uk, sheryl@fhpliving.co.uk or rory@fhpliving.co.uk.