Work has started on a 703-bed student development in Ilkeston Road, Nottingham 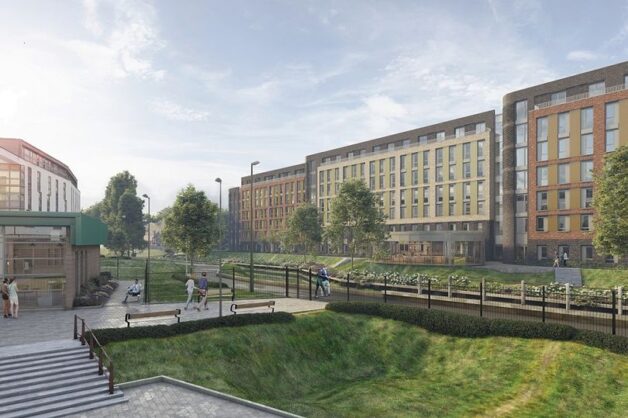 Work has begun on a site in Ilkeston Road that will provide 703 student flats.

FHP Property Consultants confirmed that the 2.2. acre site of the former Willbond depot had been sold to the Cassidy Group for the student scheme and worked has started.

David Hargreaves, of FHP, said: “This has been a long and complicated transaction not only involving securing a relocation for the site occupier, Willbond the plumbing and heating and bathroom specialist, from a site they had called home for many many years and then fitting out and moving to their new premises during lockdown but also securing planning consent for 700+ student beds.”

He added: “In many ways, the most difficult part of the deal was finding an industrial property that met Willbond’s requirements in a market with an acute shortage of supply.

“After a few false starts we identified a property that our clients bought [in Glaisdale Drive] and we then agreed a new 10-year lease with Willbond who opened in their new facility in October.”

A six-storey building providing 193,000 sq ft of accommodation will be constructed on the Ilkeston Road site. The Cassidy Group, with Maber Architects, have planning permission to create 78 studios and 625 bedrooms in a variety of 5 – 10 person cluster flats with large communal areas and landscaped grounds.

The building is next to Nottingham Two – the Student Roost scheme just off Ilkeston Road.

David Hargreaves went on to say: “This is the fourth site FHP had sold to Cassidy Group in Nottingham following the sale of the DAGFA School in Beeston which is now a 229-bed student scheme, Chainey Place on London Road which has planning for 133 Studios and York House on Mansfield Road where they are currently building 470 student beds.