Going Carless – Is It Possible In Nottingham? 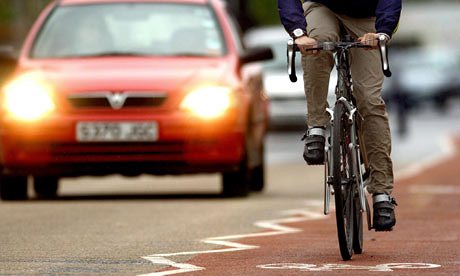 Choosing a property in the city can be a daunting experience. Every building has its own distinct character and different areas of the city may appeal to you more than others, plus everyone has their own set of ‘must haves’. Combining this with a vibrant rental market means that some perspective tenants are left with the issue of making compromises.

From a Lettings Consultant point of view, one area in which tenants struggle the most is parking, which can be difficult to find in the city centre. However, in a city such as Nottingham where you can walk from one end to the other in under twenty minutes, and for everything else there is a fantastic tram network, a car doesn’t seem quite so vital.

For starters, the costs associated with a car, both for the premium on rental properties with parking spaces and the car itself, add up. According to the AA, the average Diesel car costs £4000 just to maintain, taking into account Vehicle Tax, Depreciation, Petrol, Breakdown Cover, Insurance, and this does not include the initial price of the car itself, or finance costs. Most properties in the city are within 5 minutes walking distance to the tram which connects the main business centres and the average cost of a yearly season ticket is just £499, or £299 for students, meaning there is potential to save thousands.

Car Clubs are also seeing a surge in members, where people pay for a car on an hourly basis, as and when they need. Nottingham Council operates a City Car Club Scheme with several cars available across the city, at a competitive hourly rate. Not only is it cheaper, it’s also more environmentally friendly.

Finally, as we bask in the heatwave of August, the most effective and cheapest way of travelling across the city is one which receives mixed opinions by many commuters. However, in the advent of more dedicated lanes, increased parking and more facilities in Nottingham than ever before, now is a great time to consider ditching the car and cycling to work.