Benefits Of Buying In Wollaton 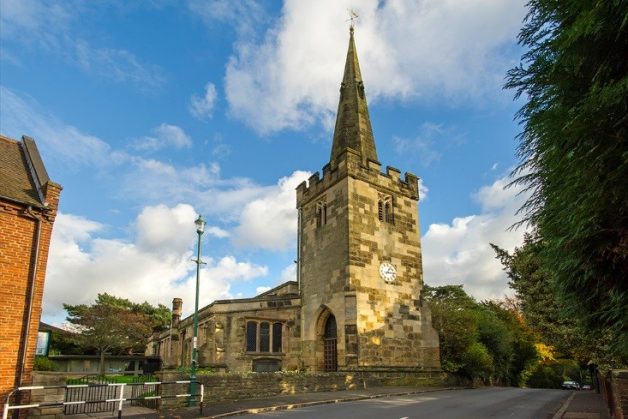 Wollaton is home to the famous Wollaton Hall. Wollaton Hall was built between 1580 and 1588 for Sir Francis Willoughby and is believed to be designed by the Elizabethan architect, Robert Smythson, who had by then completed Longleat, and was to go on to design Hardwick Hall. The general plan of Wollaton is comparable to these, and was widely adopted for other houses, but the exuberant decoration of Wollaton is distinctive, and it is possible that Willoughby played some part in creating it.[3] The style is an advanced Elizabethan with early Jacobean elements. It’s not surprising that there is high demand for houses near to this beautiful building.

Wollaton has multiple different School such as Fernwood Comprehensive and Primary, Middleton Primary School, Bluecoat Academy etc. Going to two of these schools myself as a child, I know that this is another factor that draws people to the area, especially families.  The most recent results show that the overall effectiveness of Middleton from their last Ofsted report in Feb 2013 was good. Fernwood Comprehensive School was oversubscribed in 2016 with a last Ofsted grade of outstanding.

Historic cottages in the original village of Wollaton contrast with property styles throughout the ages as you venture further out. Wollaton stretches across a large area and there’s a good mix of housing including the 1980s built Torvill and Dean estate, dedicated to the city’s skating heroes.
Like many locations, there are also those particularly desired areas. Houses on Harrow Road and Parkside fetch a premium as these roads back on to Wollaton Park and some have gates directly into the grounds. Local estate agents also say that a premium is paid for houses in the Fernwood School catchment area.

The hall is home to a natural history museum, while the county’s industrial museum is housed in 17th-century stables where there’s a working diesel and steam engine. The grounds play host to various events throughout the year, including motor shows, craft events and Splendour; Nottingham’s music festival, and if the setting looks familiar, you may recognise it as Wayne Manor, Warner Bros shot key scenes of the Batman movie The Dark Knight Rises outside the venue.

While this fine building and its parkland are certainly landmarks to shout about, there is also much more to Wollaton…

For many locals Wollaton Park is synonymous with childhood and if you visit on a Sunday afternoon you’ll see those memories being made, there are always plenty of folk enjoying the grounds, walking the dog, playing football, feeding the ducks, exploring the children’s play area or spotting deer.

Ever heard of the Waitrose effect? A brand new Waitrose was opened in Wollaton last year and though there is no exact measurement on how a Waitrose effects surrounding house prices, this is definitely just another positive factor making Wollaton more sought after.

Wollaton also brings many good pubs and restaurants. From the famous Admiral Rodney to the poplular India restaurant Gurka Kitchen here is the full list of what can be found in this thriving village:

The original heart of the area, Wollaton village, has a 13th century Church at its centre – St Leonard. There is an Elizabethan dovecote in the centre and outside the Admiral Rodney pub on Wollaton Road is an old water pump.

For further information regarding Wollaton, Bramcote and Beeston, contact Rose Simpson on 07811672004 or rose@fhpliving.co.uk